My first night in San Diego already starts good. I hit the Waterfront Bar & Grill in San Diego’s midtown as soon as I have claimed my rental. It is a neat area of the city, right in the center. The phone is going to die soon and I have basically no directions how I get to my place…. I order fish and chips and have a Guinness, very British. Awesome! It takes some time until I finally find my place and first of all I have a power nap. But it’s still early, like 11 p.m. (for me it feels like 2 a.m. eastern time) and it’s my only night where I can have a look at San Diego’s nightlife so I decide to hit the gaslamp district and enter the club FLUXX, and that’s a great show… 🙂 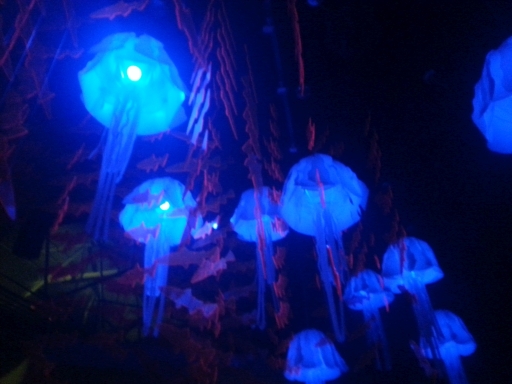 I’m in bed at 2:15 am Pacific time and of course I wake up at 8 a.m., which is 11 a.m. eastern time, I’m crushed and sleep another 2 hours, it rains anyways. My host Kirsten offers me fresh eggs from her hens for breakfast, awesome! I decide to start following her recommendation and get a tortilla with seafood at a little RV in the neighborood, it’s so tasty! Then I have a look over San Diego at Balboa Park, but I decide not to access the zoo since a single ticket is $47 and even if this is the biggest zoo on mother earth and even if they have pandas and everything, there are limits in my point of view which should be obeyed in pricing and my budget is limited as well.

I continue to Coronado an island in front of San Diego, protecting the city from the ocean, forming a bay, and it is really cool, have a great view on the cities skyline and visit beach where the Grand Coronado Hotel is. A massive power the Pacific has today after the flooding, those waves are at least 7 m high without overexaggeration! 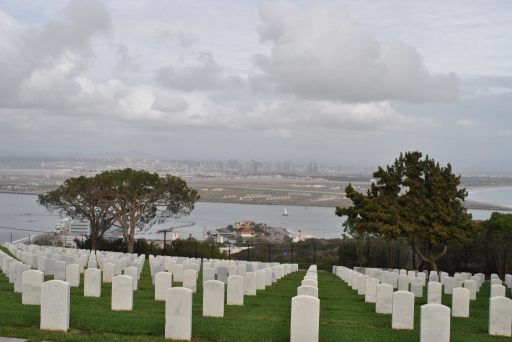 But there is much more I’d like to see today so I drive to Point Loma on the northern end of the city, a piece of land which reaches even further into the Pacific. There are plenty of graves of fallen soldiers, the area is not accessible which is a pity and to access the tip you have to pay $5 park entrance fees, that sucks so I continue to La Jolla. And what I get to see I just awesome. First of all I go all the way northwards to world’s famous golf yard Torrey Pines and to the Black’s Beach to its “feet”. This beach is pretty secluded and wild and the cliffs over the beach with the width of the shore are breathtaking! 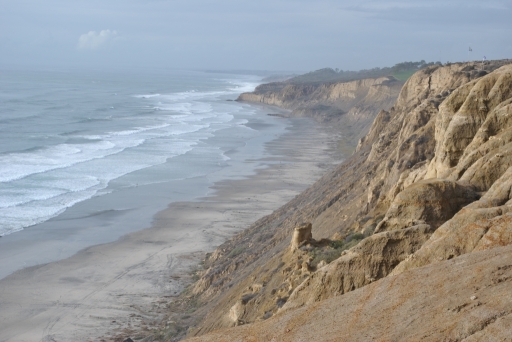 I observe some tough surfers and wish I had a board and some more practice… I barely came in touch with surfing but when I see this, I want more! “Maybe it’s time to hit the sea, after 5 years of mountains…”

That is my thought of the moment and so I decide to take a dip, better than nothing… 😉

I get back into my clothes, there is still plenty to see for today so I head off to Children’s Pool Beach. This beach is called like that because of a colony of seals who live there and get their babies over there.

They are protected and chill out at this beach, very close to civilization and in direct neighborhood to the Scripps Institute of Oceanography and the whole Scripps campus. What a great place to work and live!

While I take my pictures, three nice American ladies come by and ask me if I could take a picture of the three of them. Sure! In return they take a really good one of me. All easy in the US. Hi girls!

Time to continue it’s getting dark and I want to reach Mt Soledad over La Jolla, before it is totally dark. The way up there is plastered with cribs worth billions of dollars in a sum or at least millions, if you look at every villa individually. But they are most beautiful and the location is nearly perfect so close to those great beaches!

I reach the summit and my reward is a great panoramic view over the greater San Diego area at night. Absolutely recommendable!

I decide to finish this awesome day in a Mexican Restaurant in San Diegos Old City. This is probably one of the parts of the city which is not really necessary to visit – for my humble understanding – since it just focusses on tourism. Was still good to be there… I’m glad what’s next!